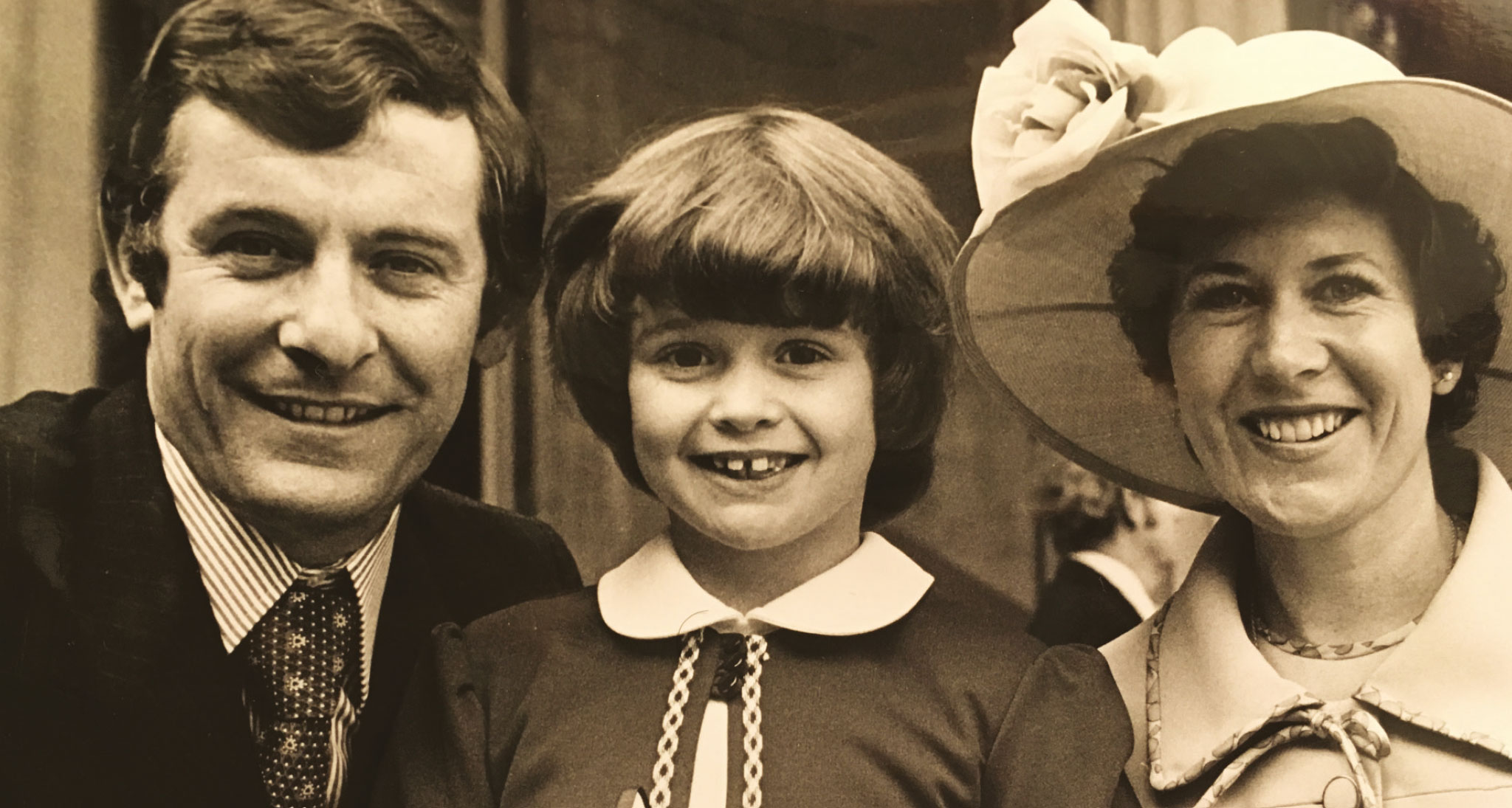 Former England footballer, Alan Mullery MBE and his wife June live locally and have been worshipping at Ashington Church for nearly a year. Alan describes their story here…

I grew up in a Catholic home, in a bombed-out area of Notting Hill in London, and I always remember there being a crucifix over my mum’s bed, but I didn’t really take any notice of it.  June’s dad had died when she was 15 years old, and her mum had a really tough time bringing her up on her own.

My Dad was an alcoholic and used to get into terrible fights and, aged 11, I got caught up in one of those fights. One day my Dad positioned me outside the pub with a cricket bat in my hand, and as this bloke left the pub, my Dad told me to hit him as hard as I could!  I was caught up in that sort of lifestyle but thankfully, I got out because I became a footballer at the age of 17.

June and I got married when we were 20. (I proposed to her whilst we were sitting in a rowing boat on the Serpentine, but she was so nervous in the boat, she just wanted to get out!) I had a very successful footballing career, playing for Fulham, captaining Tottenham Hotspur and then played for England, the highlight being the 1970 World Cup in Mexico, playing alongside Bobby Moore and Bobby Charlton against the likes of Pelé. Having retired as a professional player, I had several roles as a manager for clubs such as Charlton Athletic, Crystal Palace, Queen’s Park Rangers, and Brighton. At Brighton, I had a bit of a disagreement with the Chairman and so I left.

After I left Brighton, I wasn’t able to get a job, and things were really tough. June was really worried, and I ended up in a very deep depression.  We were living in Cheam in Surrey at the time, and I remember we were invited by some neighbours to a dinner, hosted by an organisation called Christians in Sport.  I would never have gone to something like that, but we were intrigued.  At the dinner, June was sat next to the singer Cliff Richard, and as she got chatting with him, she was fascinated by all these lovely people, so she asked him, ‘What have you got, that I haven’t got?’  And he explained to her that because he was a simple person, he needed Jesus in his life.  June said, ‘So, how do I get Him in my life?’ Cliff answered, ‘Go home, get in a quiet place on your own, get down on your knees and ask God to come to you’.  So, she went home but didn’t do anything!

Then a few days later, she was cleaning our son’s bedroom and picked up his children’s bible and thought, ‘I’m going to do this!’ So, she said, ‘Jesus, if you are there then, will you show me who you are?” Then, the next day, the vicar knocked on our door and, because June was a bit nervous about who this man was who came to the door, she took with her our big German Shepherd dog called Pelé! And the Vicar, standing on the doorstep said to her, “Excuse me,  I don’t know why I’ve knocked on your door, but for some reason, I felt led to come to your house today’. And something just clicked for June.

I remember at that time, our 11 year-old son wanted to do some gardening, so he ended up helping with the church garden, and June went along with him to church, but I wasn’t interested. June was so embarrassed to read her prayer book, that she hid it inside her Jackie Collins’ novel, so we wouldn’t know she was reading a prayer book!  But then one day, she had the courage to put down the Jackie Collins book and said to me, ‘If God wants you, He’ll come to you.  The Holy Spirit will draw you to Him”. After a few months, June wanted to renew our wedding vows. When she asked me if I would like to I said, “I didn’t think you  loved me anymore”. I was so depressed,  I truly believed that.

Then one day, June came home and I said to her, “Where have you been?” I hadn’t realised that every Monday, for 14 weeks, she had been going to a church home group. I was so caught up in my own problems, I hadn’t even noticed.

So, she took me along to her home group, but I really didn’t want to go. I thought, ‘I’m going to spoil this evening with arguments.  Jesus?  Who’s He?’ But I sat next to someone who thought the same as me!  I left that evening, but realised that I wanted to go back and, after a few weeks, I asked Jesus into my life.
I know that I drove home that night from Cheam to Banstead, but I can’t even remember driving the car.

We moved to Banstead, but one day, I said to June that I wouldn’t mind moving house.  She was keen to go to Brighton, but we didn’t want to be in the town, so we looked in Horsham, though we had never been there, but thought it was lovely. It was a miracle that we got this house. It was a new-build, and we had got to know the lovely couple who had been there for 2 years but had to sell it.  When we looked round, they gave us a lovely cream tea and we chatted to them for four hours! We put an offer in but the agent told us that they had accepted another offer which was £20,000 more than ours.  We were so disappointed, but a few days later, the agent phoned and told us that because the buyers children had peed on the flower beds, the vendors preferred that we should have it!  So, we got it for £20,000 less than them! It really was a miracle!

We started going to a church in Horsham and, being in a Christian environment, I began to come alive again, having been so depressed.

These days, June and I love helping people and introducing them to Jesus.  June will talk to anyone. She is always prepared to help others. Recently I spoke at a dinner for disabled athletes in West Sussex – people who have lost limbs or are deaf, and I said to them, ‘Never give up. God loves you’.

God has been so good to us.  We have had some bad times and a lot of good times. Through all the ups and downs, God has always been there for us. When you are so depressed, people think you can just pull yourself out of it, but if you haven’t worn the T-shirt, then you don’t know a bit about it. When we were at rock bottom, we couldn’t get any lower. We knew we could do nothing about our circumstances, all we could do was rely on Him, believing Jesus is our Lord.

Banner Image: Alan and June with their  daughter accepting the MBE